An opinion on Joe Biden 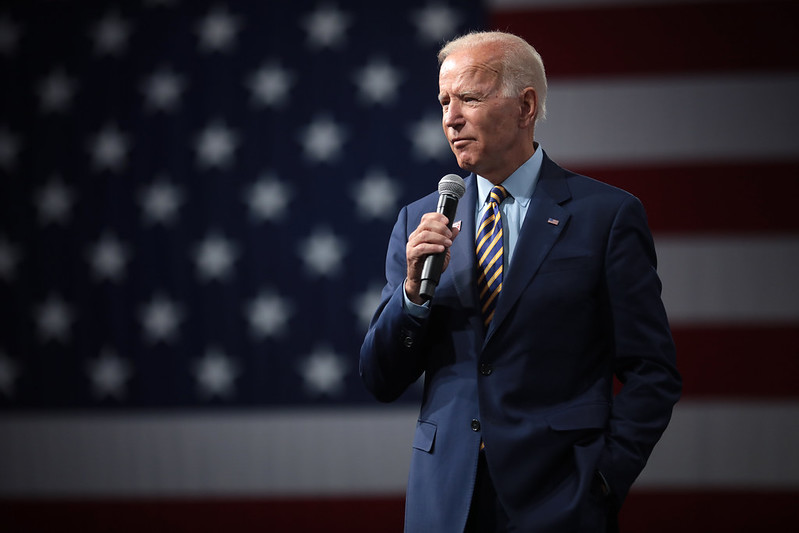 Biden looks forward to a brighter future as the United States President.

The President is doing presidential stuff, and dang is it good to see. We are just beginning the journey of Joe Biden’s presidency, and already many of the Trump Era actions have been torn back. The Keystone XL pipeline has been stripped of its contract and funding, as well as the Mexico border wall. Biden has also issued executive orders to create better COVID guidelines, and to end the transgender military ban.

Now, these are all good things, but Biden is still a controversial president. He failed to follow up on his promise to reunite families separated at the border and continues to be battered with criticism from the Republican Party. For the border separations, it would be too soon to do anything, but there hasn’t even been a draft of a plan yet, and it was something he campaigned for.

Now, Biden has so far been a progressive president, focusing on climate change and reuniting the US both politically and emotionally. However, people on both sides are fighting to take control and the party split is wider than it has been before, with Biden as somewhat of a middle point in terms of his policies.

In my opinion, Joe Biden is a one-term president. Between his age and the political split, I don’t think he will be elected for a second term. This does not mean I think America will elect a Republican in the next election. If we look at history, national political leanings have always been on a pendulum. With Trump’s far-right fascist tendencies, the pendulum of history is set far right for a swing far left in the coming years. Biden seems to be the midpoint for that swing. Someone like Bernie Sanders would be the logical choice for the far left of this proverbial pendulum.

Now don’t get me wrong, I don’t think that Biden will be a bad president. He has already made strides in making America a better place in terms of climate change by rejoining the Paris Climate Accord and has instituted a mask mandate in federal land and buildings which will limit the spread of COVID-19. Instead, I think that he is a temporary “middle ground” phase in politics. Next election, we could very well see Kamala Harris become the 47th president and the first female president, or we could see Bernie Sanders take the presidency, or somebody else. Whoever becomes the 47th president, it is likely that they will be one of the most liberal presidents in history.

But this is about Joe Biden. He seems to be handling everything very pretty well, as most of his cabinet seems to be focused more on moving back to honesty and transparency than propping up the president and his cronies. Many people are saying that “Sanity has returned to the White House,” and I am inclined to agree. We have seen a stark increase in executive honesty from day one, with a press briefing talking about the upcoming goals, as opposed to lying about the size of the inauguration crowd.

Biden was the first choice for farther left-leaning democrats, those who would identify as socially liberal. I think Bernie Sanders was that first pick, but Biden is a good moderate pick in this backswing on the pendulum of history.

Biden will not be the best president, though he will be good enough. He will enact change in the next four years that will step in the right direction, but it will be slow. He still has heavy opposition from the senate, as well as from approximately 30% of the country. I only hope that this pendulum will continue its swing and that there will be sufficient change to keep it from ever fully swinging back right.