The Eagle Times • May 5, 2021 • https://aghseagletimes.com/1333/news/nipomo-sees-construction-begin-on-new-skatepark/ 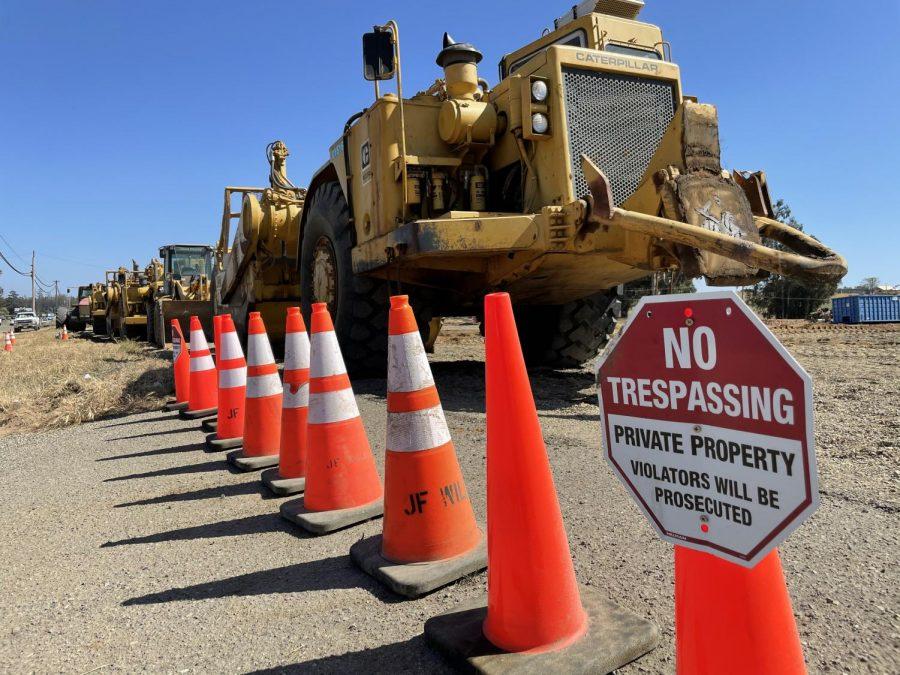 The city of Nipomo’s days of dealing with its makeshift skatepark are over. New plans were approved in February by the San Luis Obispo County Planning Commission that called for the destruction of the remnants of the old Nipomo Recreation Center in order to construct a new shopping center and skatepark. The shopping center will include an O’Reilly Auto Parts, a Grocery Outlet Bargain Market, a Tractor Supply Co., and a Wendy’s Restaurant. Ground was broken on Thursday, April 8 as the foundation of the old recreation center started to undergo the removal process.

The old recreation center burnt down in 2008. A lawsuit and troubles with the water supply forced the county to wait to begin any new projects. The then-vacant site had enough room for skaters to ride around comfortably, and eventually it became a DIY skatepark. People poured concrete, painted graffiti, and waxed edges until the place became a de-facto destination for skaters across the country.  However, the spot’s newfound identity didn’t change the fact that the land was already legally possessed, and eventually the real world came knocking.

“In all honesty, that wasn’t a skateboard park, it was private property. So, it was never sanctioned by the county; kids were using it illegally but everybody sort of looked the other way,” said District 4 Supervisor Lynn Compton.

Tom Slater, teacher and leader of the Surf and Skate Club at Nipomo’s Mesa Middle School, instead chose to look right at the problem. He inspired members of his club and helped them achieve the goal of a new, legal, and permanent skatepark.

“He has always been working with a group of skateboarders… he was the one who got the ball rolling,” said Compton. “The design plans have already been put together, the company is Stantec. They design a lot of skateboard parks. We had them work with the community by having a couple sessions where they came and met with kids, teachers, and parents to go over what they wanted….and they all agreed on what they wanted given the money that we had available to spend and came up with a design….The total funding and cost is about $1.5 million dollars,” said Compton.

An important aspect of the new skatepark is preserving the identity of the old skatepark, which is something that normally goes overlooked with projects of this sort.

“There is some neat graffiti. They have this amazing frog…the developer offered to move any of the art at his expense and put it into storage and try to use it in the skateboard park once it’s built out. So I offered that to Tom Slater….I’m not a graffiti person but this is good graffiti…it’s pretty amazing,” said Compton.

The new Nipomo skateboard park is the result of a combination of effort and passion of many members of the community and is expected to be completed late 2021 or early 2022.