Longest serving teacher on how the School, Campus, and Community has changed 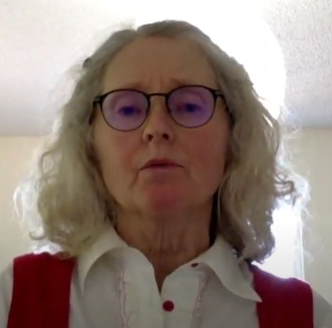 Christine Willis explains how our school has changed over time

Christine Willis has taught at AGHS for 38 years, longer than any other current AGHS teacher. She began teaching in 1983 and currently teaches Expository Reading and Writing. She has also taught many other courses such as Freshman English, Sophomore English, Junior English, British Literature, AP Psychology, Honors History, Creative Writing, Practical English, Mass Media, and Technical Writing.

Being the teacher here for the longest time, I asked her a few questions about her memories, experiences, and the changes she’s witnessed while teaching at AGHS.

How long have you been at AGHS?

“I have taught long enough to have had the exhilarating experience of teaching students who did not have phones or knowledge of technology. Through my experience, I have found there is a distinct and important distinction between education without technology, and education infiltrated by technology (in essence largely supplanting the teacher and weakening teacher and student interaction). Research the Waldorf School which is populated by many of the tech industries’ employees’ children: technology is not even allowed before seventh grade. There appears to be something the tech parents know that they are not sharing.

When I first started, attendance was reported by putting cards with students’ names on them on a clip by the door to be picked up by a student office worker.”

How many different classrooms have you been in?

“I have been in a room on the 900 side, one room on the 500 wing, two portable classrooms (one with a leaky roof and rat urine smells emanating from the ceiling), and three rooms on the 400 wing including my current room.”

What has been the most memorable moment in your years of teaching?

“This was memorable to me, but I can’t explain why. I had a student who threatened that if I did not turn the AC on that his hair jell was going to melt. Of course, there is no AC in the 400 wing, and his hair jell wept.

Before I understood that I could refuse to allow cell phones in class, I had a student videotape me, and my great shock as another student wearing a toga popped out of a recycle bin (a large blue one): it can be enjoyed on Youtube.

The Back Breaker: One Friday before school started on a Monday, I was attempting to move a table with two computers, two monitors, and a printer. It collapsed, and as I grabbed the table to prevent it from falling, I heard a sickeningly loud pop in my back (alas, the table fell, spilling its technology). (Months later, I found I had had an explosion fracture in my back.) An unnamed school employee rushed in, gingerly stepped over me on the floor, and checked that the technology was intact (which is where my suspicion that technology is subverting humankind’s humanity began!).”

How have you seen Arroyo Grande High School’s students change over the years?

Little else has changed: students were and continue to be intelligent, warm, forgiving, hopeful, and humane.”

Did students have phones when you began teaching here?

“No, and I rue the day that they became ubiquitous. My first encounter with a student with a phone was a moment of complete confusion for me. I recall where he sat … to my right, last row next to the (chalk at that time) board. He would repeatedly and quickly jerk his left hand to his left pocket, look down, reinsert his hand into his pocket, and then resume looking forward. (I could not see his phone because of his position against the wall and board.) This action happened repeatedly with less than five-minute intervals, day after day. I began suspecting he had a neurological problem from the rapidity with which he moved and the repeated constant action that resulted in no visible reward. We know now that his action was one resulting from addiction and his longing and need for another dopamine hit. He is probably middle-aged now: with all the advanced technology, he must be in addicts’ heaven.”

What have you seen in the change of the students that you have taught each year?

Students would take bagged lunches from home that I suspect their mothers packed. They would often throw much of the food in the trash. That would have broken their mothers’ hearts as giving nutrition for life is giving love.

Since they could not text, they wrote notes to each other and furtively passed them from one student to the other risking having the note discovered by the teacher. (I had one student who ate a note rather than have it confiscated.) I would take a discovered note and grade it for grammar and usage and require that it be rewritten. Some teachers would read the notes to the class which I found reprehensible … but grammar? I try to never miss a chance. Curiously, with my no-cell phone policy, I have found a few students passing notes.

We had hand pencil sharpeners requiring energy to be expended to sharpen one’s pencil.

The lockers are gone from Senior Hall. I liked having them there as it gave a feeling that students were “at home” for a while and settled in for the day. There is a unique sound of a locker being slammed shut that vividly lingers in my mind.

Students are less naive now than they were some years ago, and I believe this is a result in part from parents becoming friends with their children (sharing more than they used to) and from the Internet which has the potential to expose adolescents to aspects of the adult world that were hidden from them before the availability of the Internet.

Since I have no personal interest in clothing and fashion, I have no recollection of what people have worn today, yesterday, or from the beginning of my career. I only recall at Halloween one former teacher, David Foster, would each year dress in a flamboyant pink dress. That was difficult to ignore.”

How have you seen AGHS’s physical structure change?

“Room 403 used to have a stage. The low, long building across from Senior Hall was a library when I started teaching. The entire front office was remodeled and does not resemble its former self at all. Of course, recently, there has been lovely landscaping done beautifying the campus. There were no culinary classes, so the enticing aromas that emanate from those classrooms did not exist.

Until only recently, there were no fences allowing for an open and welcoming feeling. The fence today reminds us how the world has changed.

Where there used to be classroom bookshelves filled with ageless, profound literature bound in books, there are now fewer, but there are of course what is referred to as a book of chrome. It lacks the warmth of a physical book, the beauty of shelved tomes, or the ability to cradle a paper representation of a writer’s labors. It also does not offer the hypnotic smell of an old book. But it has made a technology company rich (er), and we, as educators, continue to create reasons why they are superior to the paper versions.

Maybe more interesting is that little has changed since AGHS was founded in 1890. The restroom that I and a few other women have access to has probably been in its original condition from the construction of the school until today.

There were no portable buildings when I started. The 900 wing had incredible student paintings all over the walls. It is unfortunate they were painted over.”